Lynx Exploration Archivist Seismic Scanning and Vectorising (LEASSV) software is a comprehensive software solution for re-vectorising scanned images of seismic sections and outputting the results as industry-standard SEG-Y format trace files. Using the utilities provided in the suite, output files can be made ready for loading to seismic interpretation workstation or further processing.

The minimum system requirement is a PC running Microsoft Windows XP, Vista, 7, 8 or 10 (x86 or x64). Over 60 raster file formats are supported via Snowbound Software Inc's raster library; the recommended raster formats for use with LEASSV is one of the following - binary TIFF, or a greyscale Group-4 compressed TIFF, greyscale JPEG. A full-scale A0-sized scanner will be required to scan the seismic data. Lynx recommends Contex scanners, which are available through resellers worldwide. 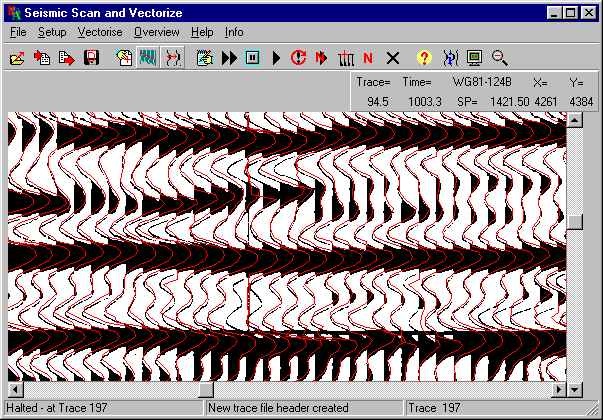 The screen dump shows vectorized traces (red) overlaying the black and white raster image of the va/wiggle format input seismic section. In this example, the quality of the input image is only fair, and further editing and processing will be necessary, using the Traceprep and Tracefix applications to improve the quality of the output trace file.

SSV has five vectorising algorithms for dealing with most types of seismic display, over a range of display quality:

Traceprep is a seismic trace processing program, with an intuitive user interface and a flexible range of post-stack processes. Processes can be applied in any order and the results are instantly visible through a real-time viewer, and/or output to a new seismic data file. Processes are installed as plug-in modules. In the LEASSV suite, Traceprep is supplied with the TPBasic, TPView and TPUtils modules, containing processes for scaling, filtering and preparing vectorised seismic data for workstation loading.

Traceprep is expandable - we can provide additional modules for migration and deconvolution as an optional extra if required.

Processes supplied for Traceprep in the standard LEASSV suite are: 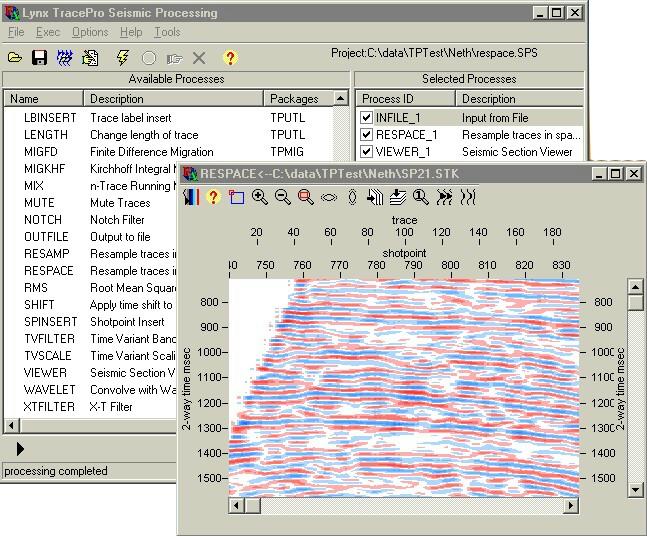 The screenshot above shows Traceprep's main window. On the left are available processes. On the right, the user's selected processing sequence, showing a RESPACE process, which spatially resamples the input traces. a VIEWER process has been included to display the results.

Tracefix enables seismic trace files to be edited and viewed on a trace-by-trace basis. Operations include: 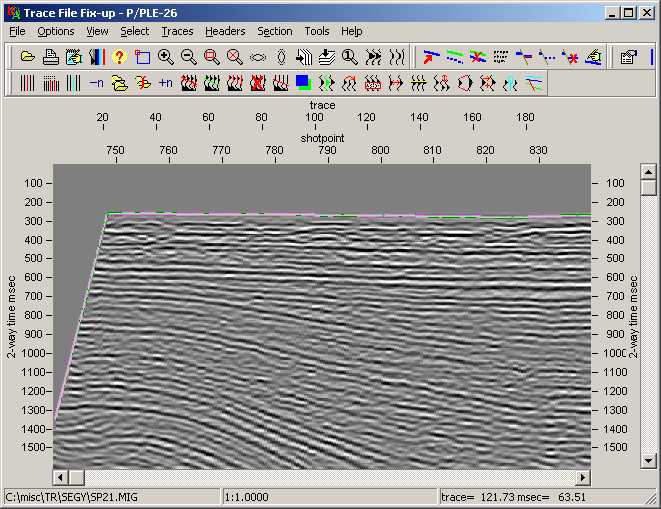 Picked mutes and horizon data are stored in the Trace Auxiliary File, for use by Traceprep. For example, the water bottom can be picked for muting in Tracefix and then used as a time datum for a time-variant filter applied in Traceprep.

Tracedmp enables header and trace information from seismic data files, in SEG-Y or Lynx format, to be "dumped" as an on screen display. Features include: 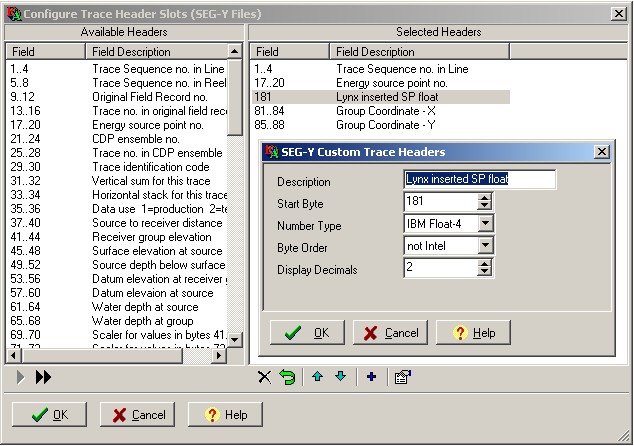 First, select the required fields to dump, the range of traces etc. Dumps can be exported and re-imported as column- or comma-delimited text files, enabling all text header and trace header fields to be modified, by editing in a spreadsheet (click the Microsoft Excel icon). 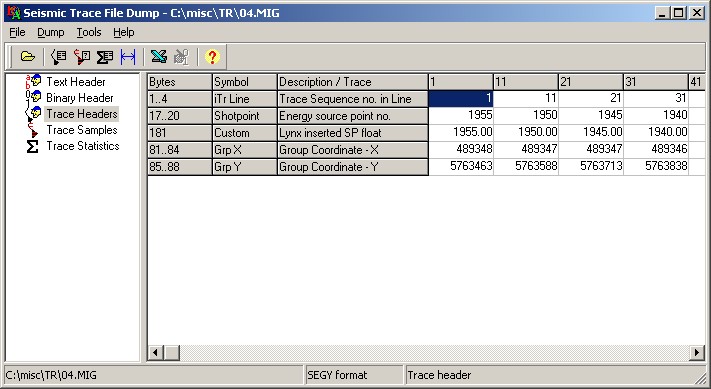 The following setup files comprise the LEASSV suite, which can be downloaded from here.

To run the software, you will require an activation file or USB dongle from Lynx.